The night before I visit a home, I usually have two thoughts: “Do I know where I’m going?” and “Do I know anything about this house?”.

Sometimes I actually like not knowing the answer to either, but more often than naught my anxiety kicks in and I have to at least look up the address and have some idea of where I’m heading. However, I rarely read about the home before visiting – I like to see it with fresh eyes.

I wish I had done the opposite with the Quincy House. There is so.much. to take in – this home and it’s inhabitants played such crucial roles over the past two hundred years through multiple generations of their family in Boston, the American Revolution and of course the city of Quincy. I know that I likely did not do Eliza Susan Quincy justice in her historical record keeping below, but, it was a lot to take in (in the best way possible!).

This is the first room you see when you walk in the home – and it’s beautiful! Restored to what it would have looked like sometime in the 1880’s, it includes a giant oil painting of Josiah Quincy and some of the furniture & goods that he either purchased or – putting it plainly – stole from the Bethel. 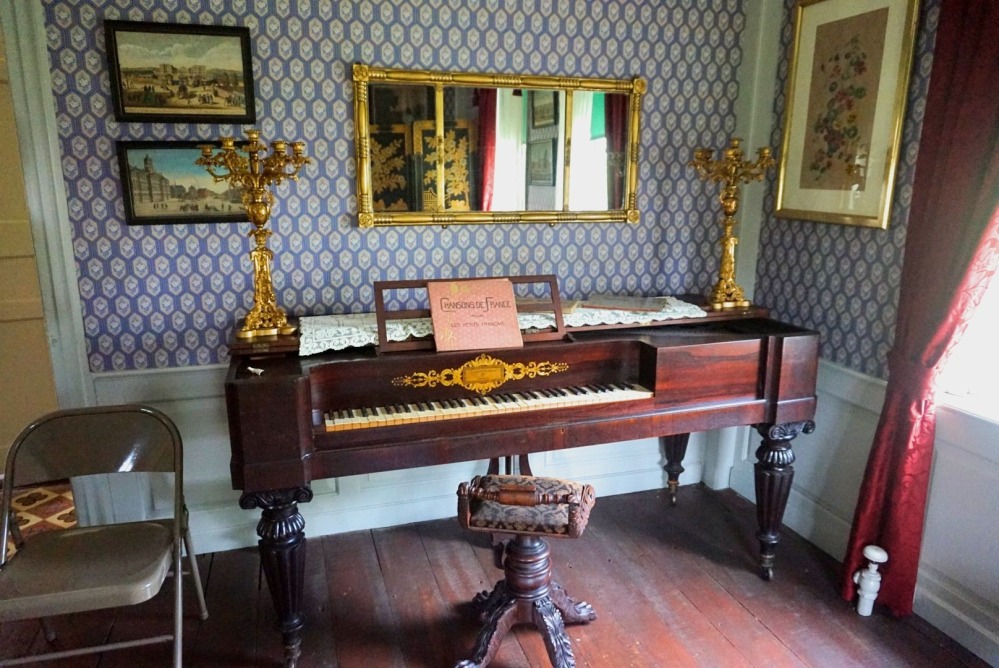 Not sure if you could tell, but I’m a big Hamilton fan and while Alexander & Burr are great and all, my favorite is Lafayette. So, I got a little jazzed when I found out he had visited here (apparently his gift to those who’s home he visited was an oil painting of himself – I might start doing that!!). He also was known to play the piano here  during his visits (unfortunately not this particular piano….). And, I loved the wallpaper!

Benjamin Franklin was also a frequent visitor of the home during Josiah III’s lavish parties. So frequent in fact that he has a bedroom on the second floor named after him! While no one can confirm – or deny – that he ever spent a night in this room, it’s still pretty cool knowing he spent many an evening dining in the home!

At the beginning of the tour our guide kept talking about the “monitor” and I had no idea what she was talking about. Come to find out, this is the cute little “block” area in the attic with the adorable windows (I’m sure my architect sister-in-law does not approve of that description). But, these windows are where Josiah would watch for British ships and report back his findings to General Washington. With all the homes built up in the area, it’s truly amazing to think that he could see clearly down to the water!

Below are some of my favorite shots of the Quincy House but I’ll be sharing more on our Facebook & Instagram pages! Enjoy!