My visit to the Clemence-Irons house rounds out all Historic New England homes in the state of Rhode Island – woot woot!

Designed to be the warmest room in the house, the kitchen also would have done a double duty to melt the snow off the roof during the frigid Rhode Island winters. There was also a grate in the floor that led down to the root cellar – not an option to visit, and I was a-ok with that. 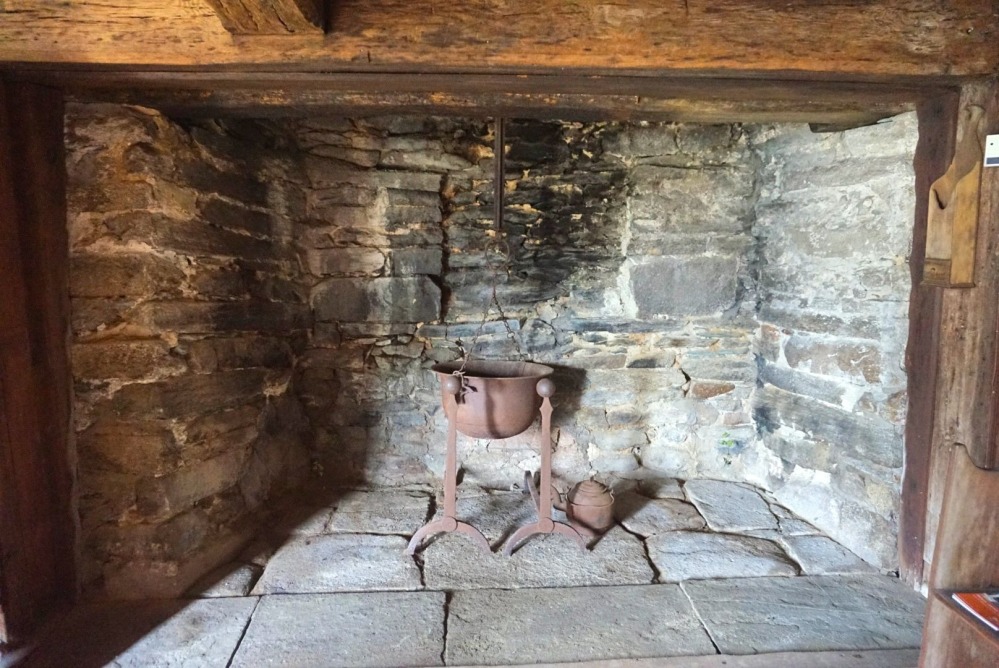 This was the main living area of the home, with a giant fireplace as the showpiece. Make sure you step right inside and peek up – I’m always amazing at just how large these chimneys are!

Another fun fact about this room are the floor boards. Settlers at this time were forced to  send any milled wood above a certain length back to England for the King, and the floorboards in this home were ever-so-slightly shorter (by design?) than the requirements; otherwise, these floors would have been “Kings Wood”!

There are two chambers on the first floor, both with replica’s of what beds would have looked like in the late 1600’s. Cozy little rooms!

The outside of this house is where it wins me over. Even though the look may not be true to what it was in 1691, it’s still pretty in its own right. The windows, the door, and of course the chimney all add to it’s charm!

Below are some of my favorite shots of the Clemence-Irons House but I’ll be sharing more on our Facebook & Instagram pages! Enjoy!