THIS HOUSE. I’m in love.

The Hamilton House was a hop, skip and a jump from the route that I was taking to the house I was sharing with eight of my girlfriends for the weekend on the coast of Maine so thought it would be perfect for a quick visit on my way, and admittedly I was already jazzed up. I skipped out of work early, and it was an absolutely GORGEOUS day, especially since the weeks before had been full of rain. So I think that between the picture perfect day, anticipation of seeing old friends, the wonderful tour guide, and the overall gorgeousness of this house there was nothing I could do but but fall in love with it.

Text Message to my Husband just after the tour wrapped up:

“This home tour was amazing. I’m not leaving and am moving in. Please come see me as time allows.”

I’m an absolute sucker for a formal garden. Not quite sure where it comes from, other than my castle/PBS/British obsession, and it is a far cry from what my actual backyard looks like. But this garden has it all – hedge walls, a fountain & sundial, an arbor, and a stunning view of the river. The peonies were just about to open up – there were SO many buds, I can’t even imagine how pretty they would have been just a few days after my visit! 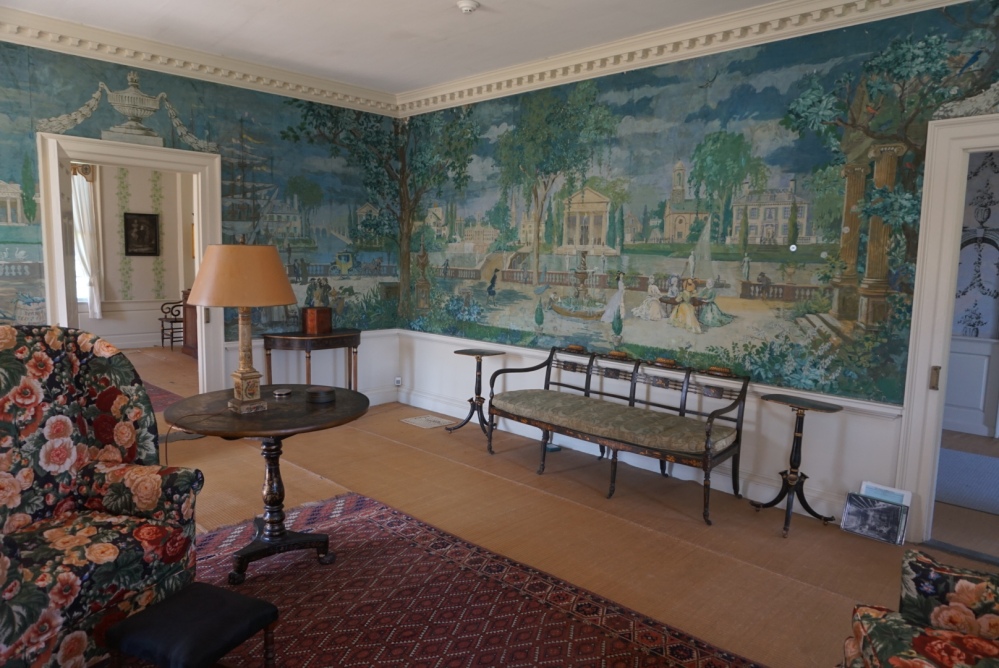 The murals in this room are stunning. They were commissioned by Emily & Elise, and there are other Historic New England homes within the mural! It were painted over the existing wallpaper (if you look closely you can see the pattern peeking thru!) and became a mixture of a French scene and New England buildings. There’s a similar but different mural in the dining room, as well! 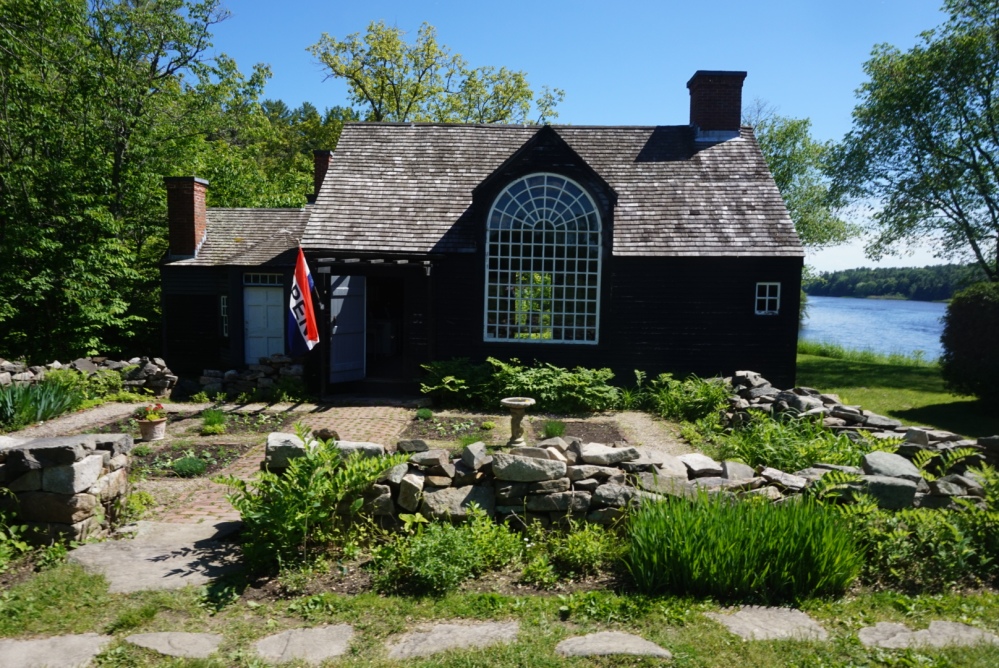 This is now the Welcome Center, but was built by Elise & Emily to entertain their guests after a long carriage ride thru their acres of woods next to the river. (which is now a state park, Vaughn Woods after Emily’s husband) Not a bad place for a drink and a bite after a “long” day of relaxing at your summer home!

While I actually think Emily got the pick of the litter (her room across the hall has views of both the river and the garden!), Elise’s room just had more character to it. The trim work was amazing (and very similar to what I saw at the Sarah Orne Jewett Home) and it just was full of bright light bouncing off the river below.

Before I knew of the connection between Emily & Sarah Orne Jewett I stepped into the grand entryway and knew it looked familiar. The reproduction wallpaper is beautiful, and I love the peek you get up to the second floor with the ship in the window.

Below are some of my favorite shots of the Hamilton House but I’ll be sharing more on our Facebook & Instagram pages! Enjoy!