Hi, my name is Candice, and I’m obsessed with the British Royal Family.

I can’t help it. It’s been one of my obsessions since I was young, probably thanks to Disney and the whole fairytale aspect, which of course, is a gross misrepresentation of what I can only imagine it is actually like.

As a teen I developed quite the crush on William, which I definitely still have, regardless of his recent heart breaking hair loss or the *small* fact that we’re both married. I get teary-eyed thinking about Princess Diana, and watching Harry & Megan’s wedding last year was a definite highlight. So, certainly, this trip to London DURING THE YEAR OF A ROYAL BABY’S BIRTH was extraordinary for me.

In reality, London overwhelmmmmed me. We had limited “off” time and I wanted to see everything. Everything. We were staying next to Hyde Park, with a less than five minute walk to Kensington Palace, so on our last full day in London I made the decision that we were going in – and I’m so glad we did!

I could write a thesis on the history of Kensington Palace, so I’ll just give you some quick highlights: 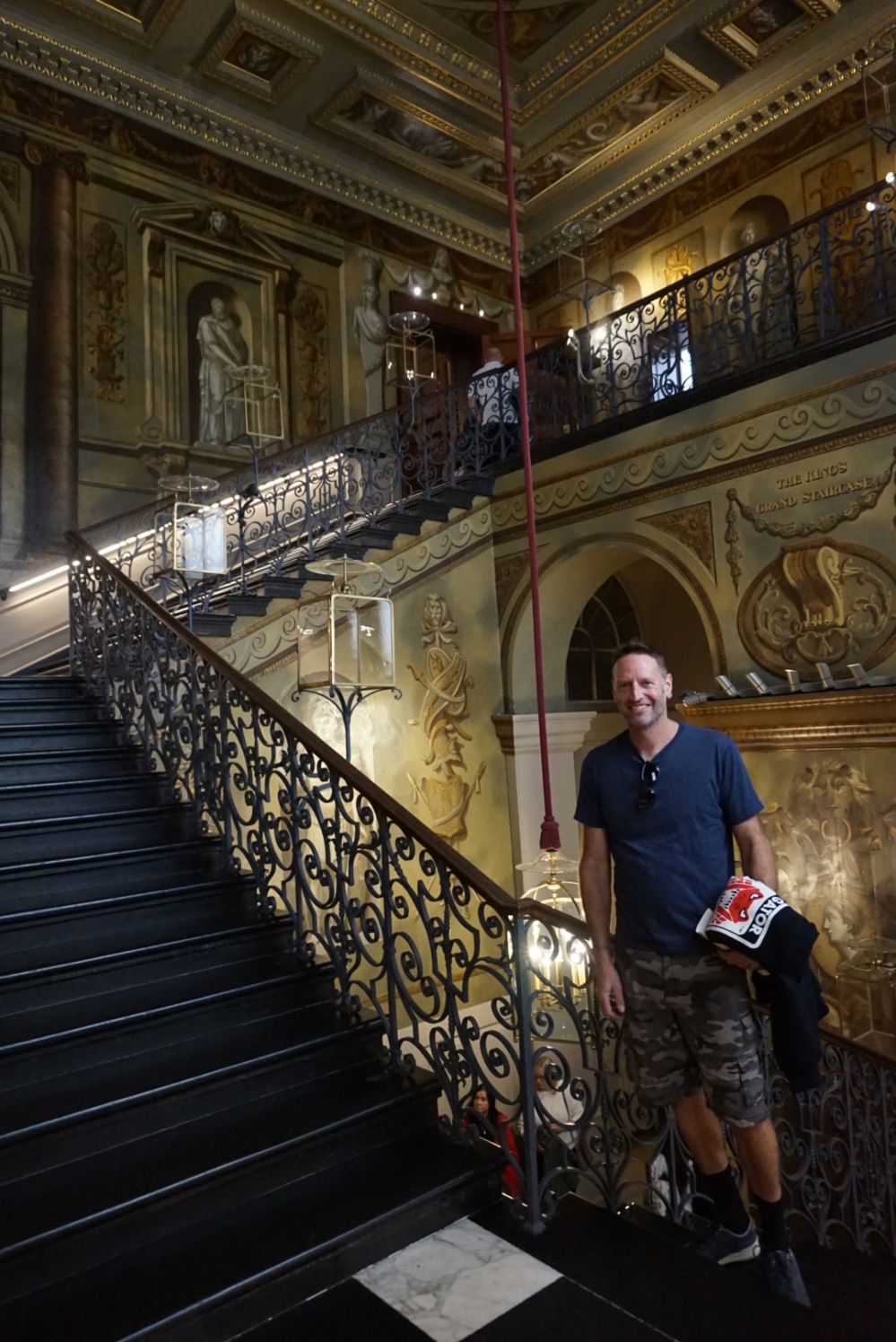 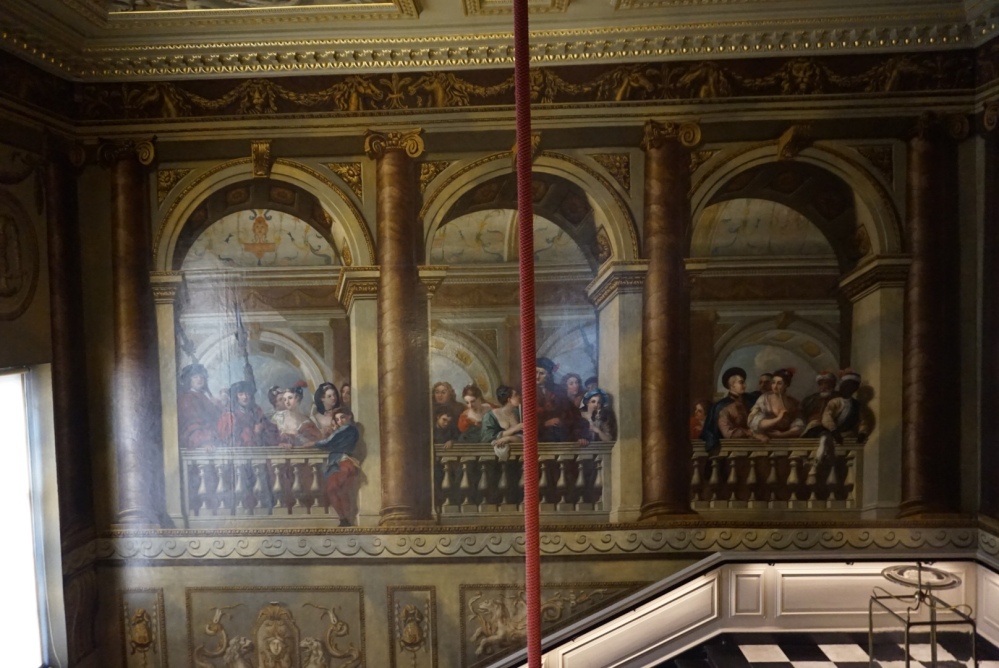 Now this is an entrance (and my handsome husband)! Stepping into this staircase from the rather plain entrance way is truly like stepping into another world. William Kent is to thank for the gorgeous paintings, including himself in the group as a self-portrait and also the famous “Wild Boy” of Kensington. Between the artwork, the striking black and white tile, and the gorgeous lanterns that lead you up the staircase I  could have easily spent an hour ogling! 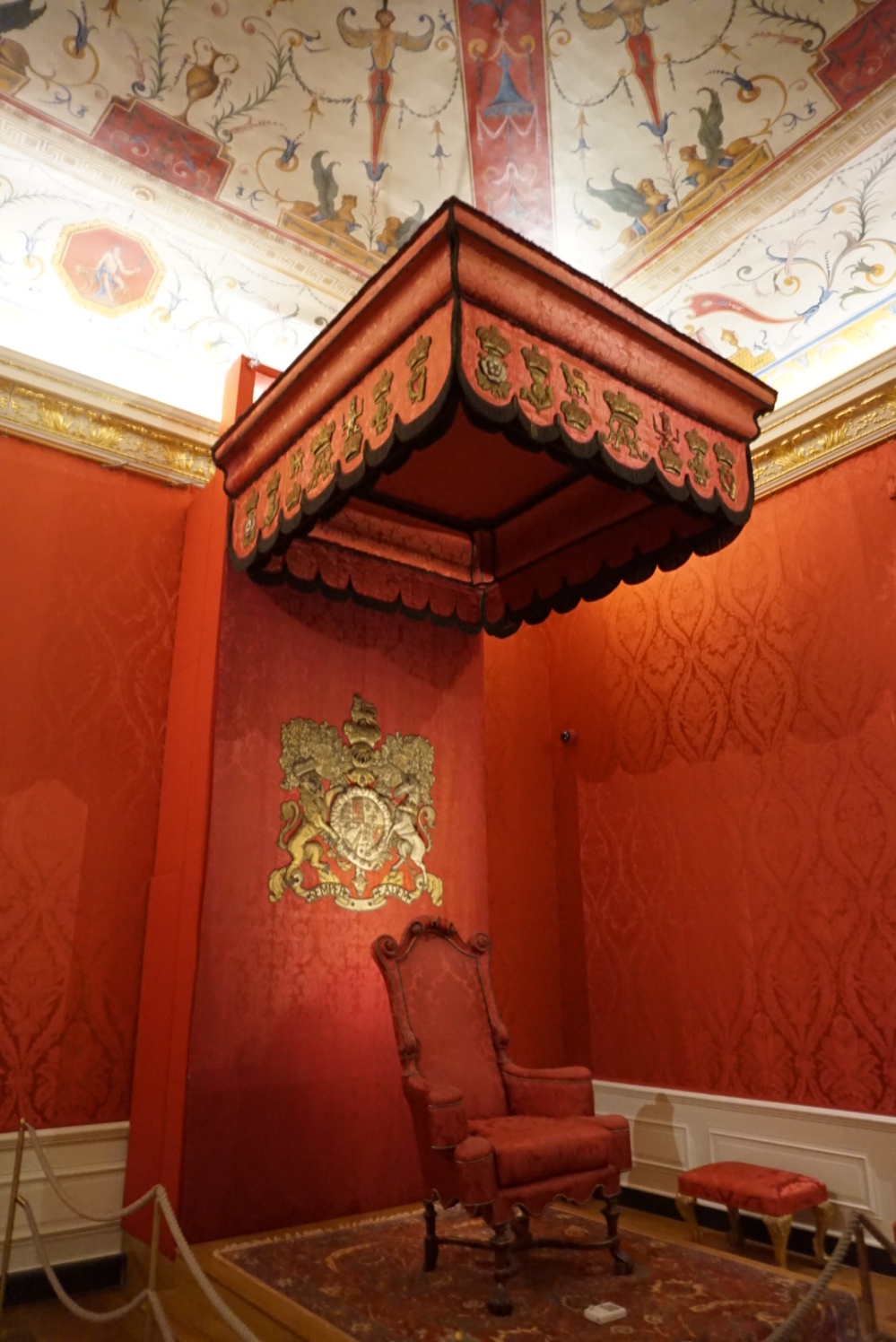 This would have been where the King received official guests, conducted businesses and made decisions. The ceilings were amazing and I know I would be easily intimidated by anyone sitting in that chair!

I mean….there isn’t much to say about this room other than it is unbelievable. The painted ceiling was incredible with the chandeliers. And the clock (cupola?) was so intricate, but I was surprised that I only found one clock face on all four sides –  and it was teeny tiny! George II and Queen Caroline were big fans of the composer Handle, and would invite him to perform in this very room. Later, Queen Victoria would be baptized in this room as well.

The ceiling & the fireplace did it for me in this room. This was the “place to be”, and only those closest to the King made it this far into the palace as it was essentially the after-party room where card games and more were hosted.

This linear room was chock full of amazing 16th and 17th century works of art – and was so light & bright! I loved the weather vane above the fireplace, as I’ve never seen anything like that before and it still worked! It’s also said that the King would use this room to exercise in – I may be more inclined to exercise more if it was in a room like this!

Below are some of my favorite shots of Kensington Palace but I’ll be sharing more on our Facebook & Instagram pages! Enjoy!