As I was planning my trip out to the Berkshires to visit the Merwin House, I did a few google searches on other activities we could do over the weekend and one name kept coming up: Naumkeag. Not a word or name that I had seen or heard before – but it quickly got added to my itinerary as I researched further – and it was a highlight of the weekend for sure!

It was nearly impossible to choose – so make sure you follow along on Instagram , where I’ll be sharing many more photos than below! 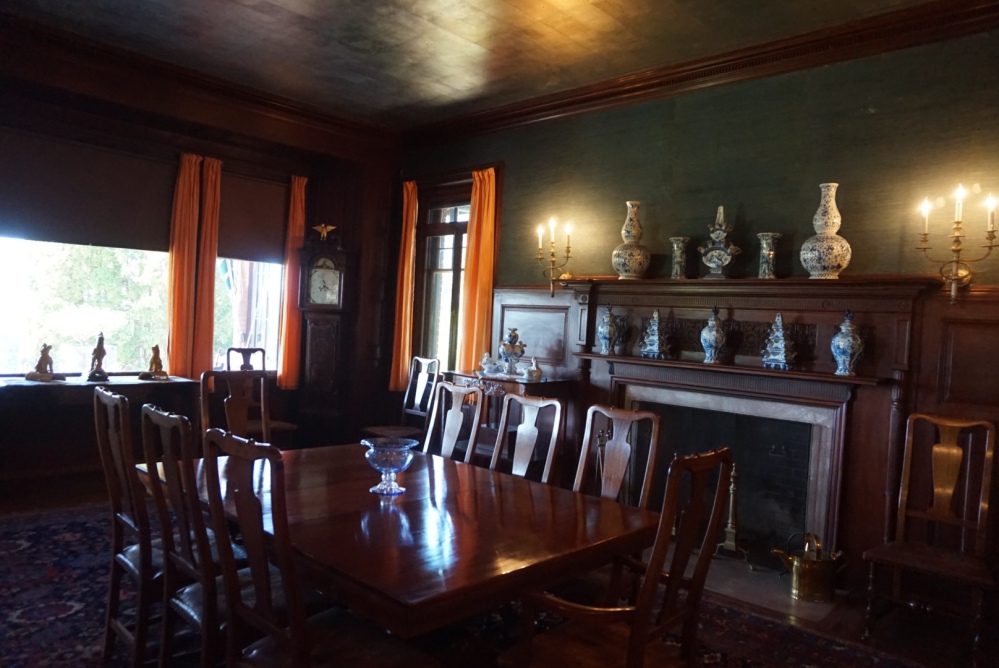 Admittedly – all the rooms in this home were gorgeous, but this one in particular struck me. The wall color is so pretty, and the huge windows at the back of the room offer stellar views of Monument Mountain. The one thing that instantly stuck out to me was that there was no chandelier, or any lights on the ceiling. The ceiling had a special treatment to reflect light, and was designed so that as the sun set when the family would be eating or entertaining guests, including President McKinley in 1897, the light would reflect off the ceiling and create a glowing atmosphere. I would have loved to see that.

Confession: I’m a Real Housewives fanatic. I may or may not have visited the front gates of Dorinda Medley’s Berkshire home this same weekend but didn’t think a post on it is appropriate or may get me a letter from a lawyer….though her Blue Stone Manor featured on the show is well worth a post! The “fish room” would be a top favorite place. Call me, Dorinda and we’ll set it up :0)

I digress. Ever since Heather Dubrow of Real Housewives of Beverly Hills uttered the word “porte-cochere” while she was building her 22,000 square foot home in Newport Beach, CA, I’ve been obsessed with them (and it’s a fun word to say). Naumkeag has a beautiful one that I’m sure even Mrs. Dubrow would be jealous of.

We visited this garden last and I’m glad we did – it’s a great place to take a load off and enjoy.the.scenery. The trickle of the water features, the bed swing which I fully took advantage of and the VIEWS – it was magic. Plus, rumor is that it’s good luck to walk thru the Moon Gates, so I hopped in & out a few times. 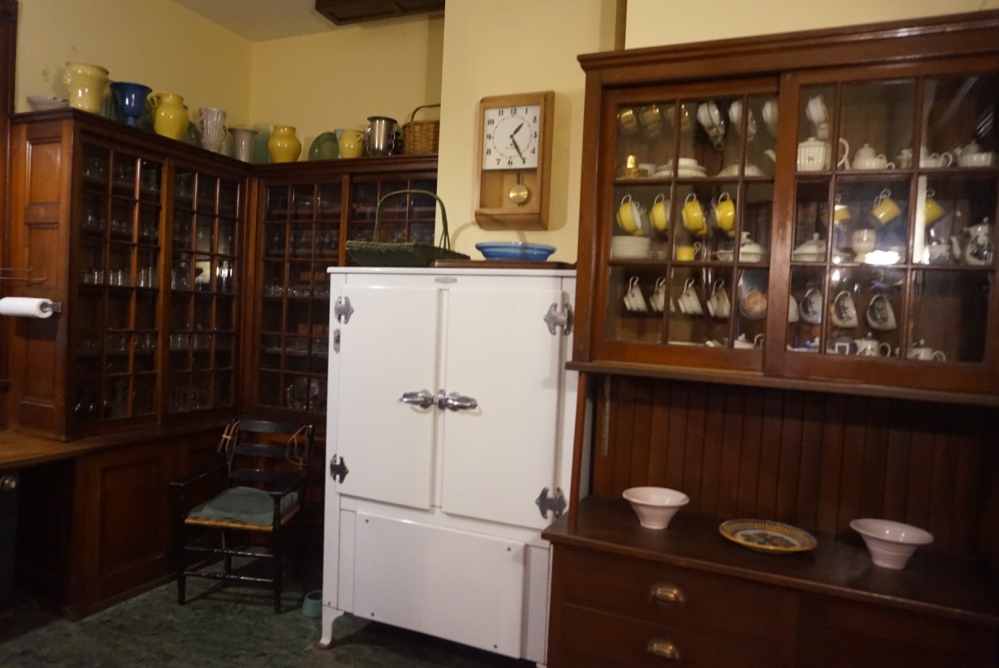 We all know I love a good butler’s kitchen, and this was a great one. Mabel made a few technological upgrades to the home, including this adorable and “state of the art” refrigerator. 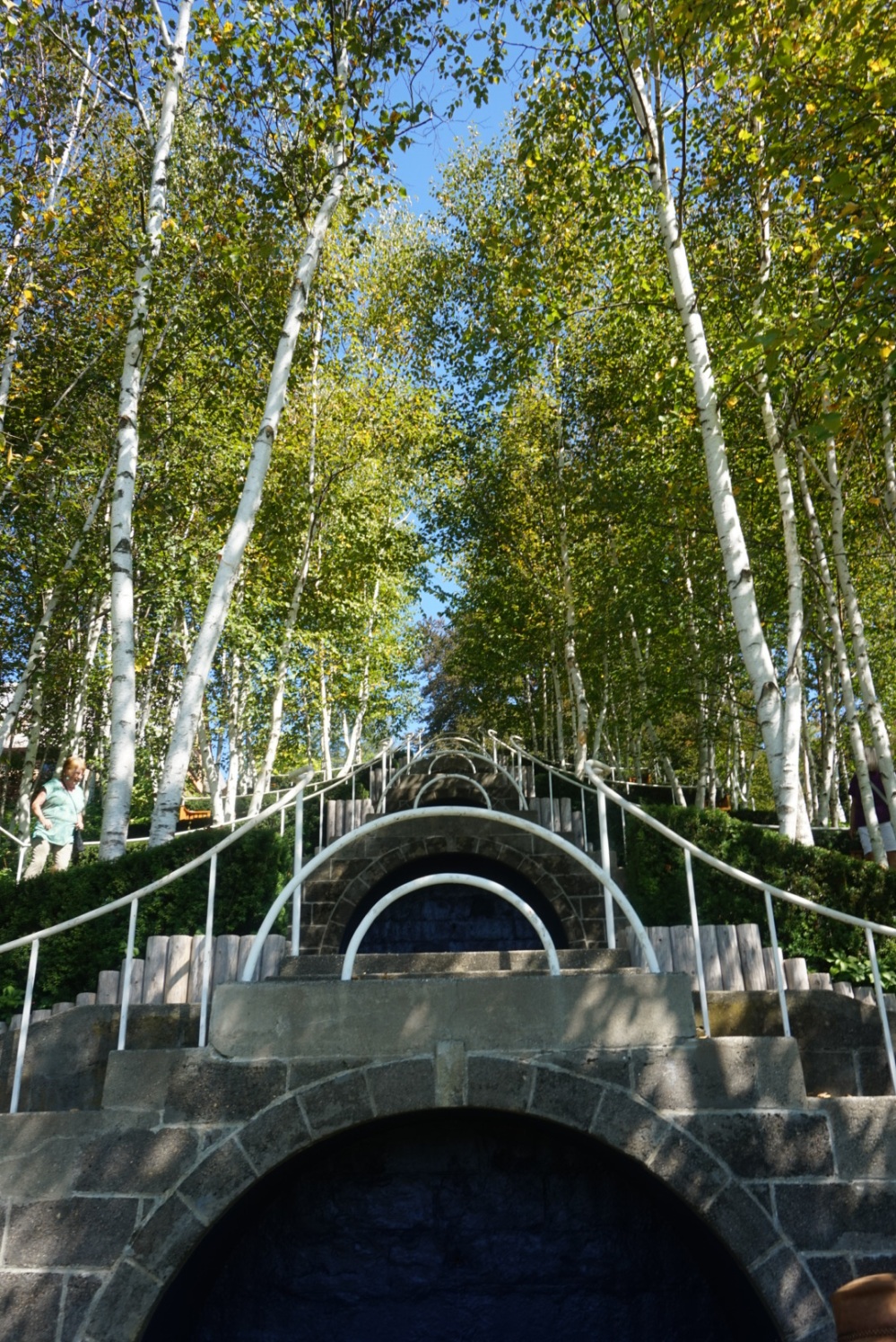 The Blue Steps were built in 1938, and is considered “one of the most famous built landscapes in America”. Surrounded by birch trees (some of my favorite trees!), these stairs feature an art-deco design that includes a water feature and allows for a ‘gradual’ (although somewhat steep) descent down to the cutting gardens, which were also gorgeous. Certainly an unexpected design compared to the rest of the house, but beautiful none the less!

Below are some of my favorite shots of Naumkeag but I’ll be sharing more on our Facebook & Instagram pages! Enjoy!